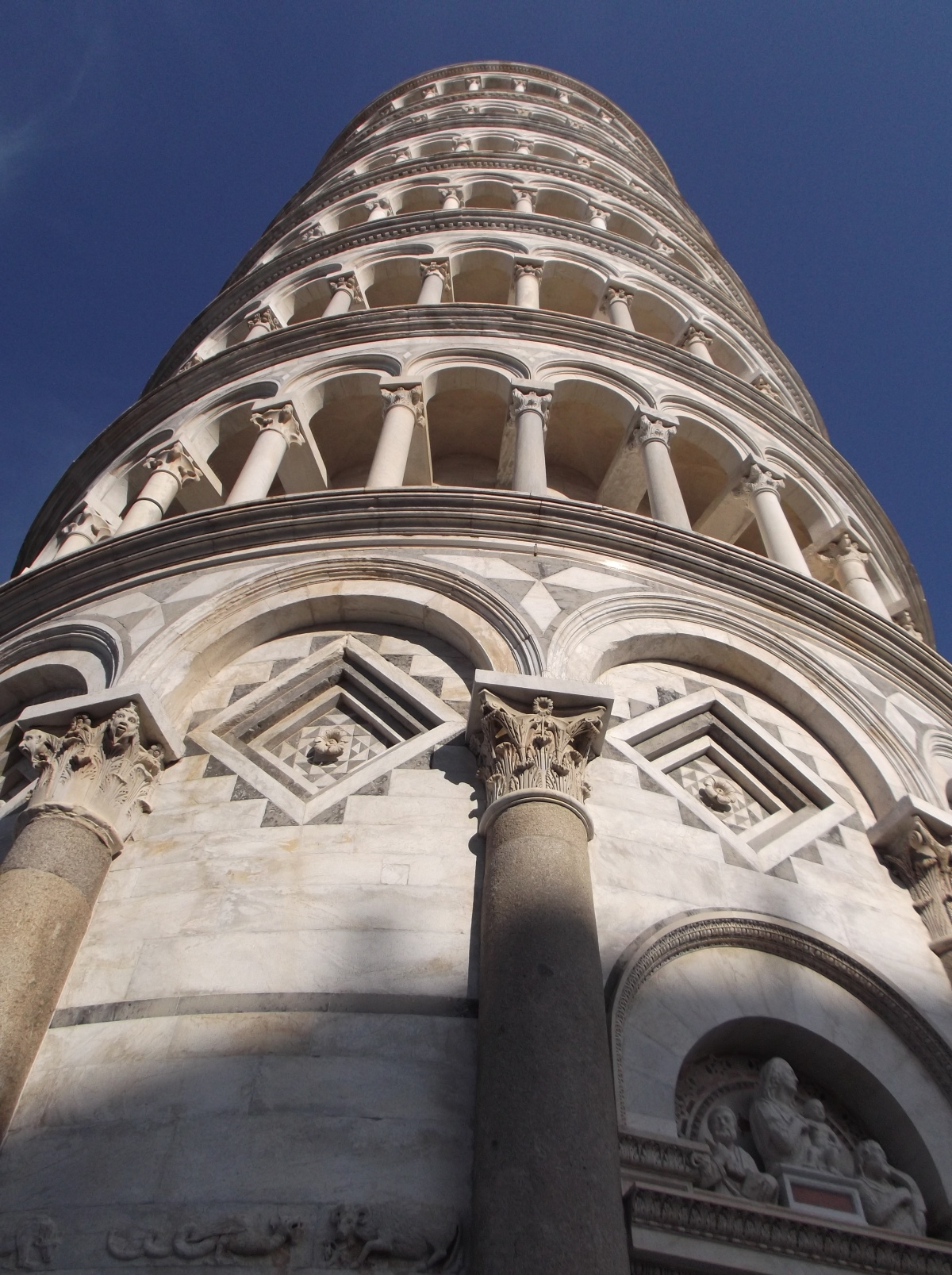 Pisa is a Tuscan city located on the River Arno, close to the Ligurian Sea. The city was one of the many stopping points on the Grand Tour. The tour was seen as the practical part of a young gentleman’s education, to visit various locations to experience the architecture and art at first hand. Pisa became home for Percy Bysshe Shelley and his wife Mary Wollstonecraft Godwin, “Our roots were never struck so deeply as at Pisa...”. It was here that Shelley gathered his Utopian Circle of friends. When Elizabeth Barrett Browning left Pisa to return to Florence, her regret was that she had not climbed the Leaning Tower.

The beautiful buildings of the Piazza Dei Miracoli are testament to a time when Pisa was an important maritime republic, and a commercial centre with trading links to the entire Mediterranean and Northern Africa. Pisa had been an important naval base from Roman times until the fleet was eventually defeated by the Genoese at the Battle of Meloria and the port was destroyed. 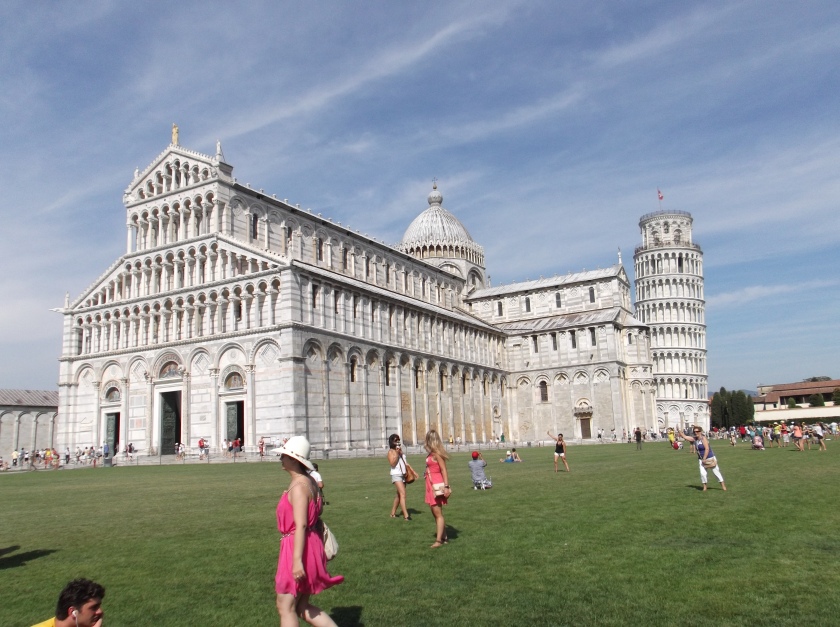 The Duomo was begun in 1064 by the architect Buscheto di Giovanni Giudice to commemorate the naval victory near Palermo, which took place in 1063. It is clad in alternate bands of green and cream marble, which was to influence the style of future churches throughout Tuscany. The Duomo was dedicated in 1118 by Pope Gelasius II to Santa Maria Assunta. It was later enlarged between 1120 and 1125. 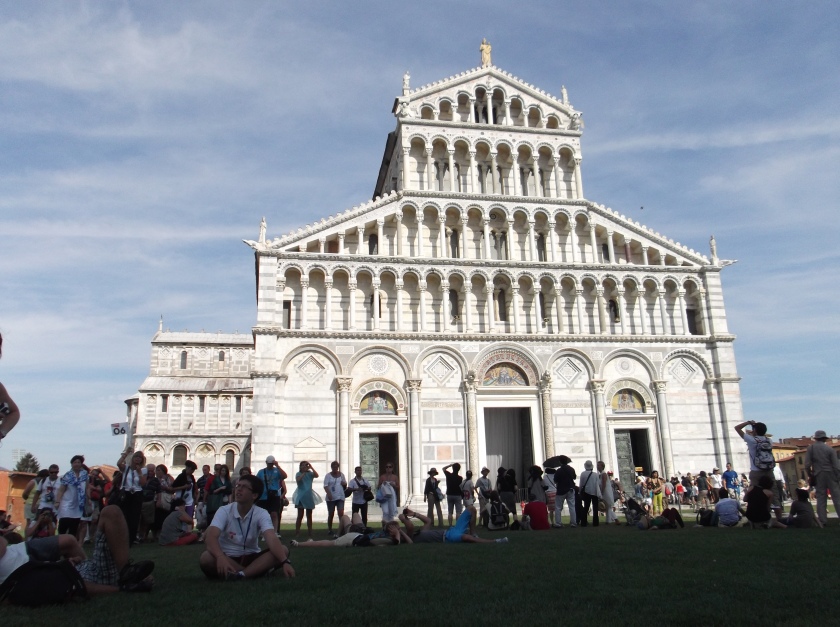 In the 13th century the facade was completed by the architect Rainaldo who designed a tomb for Buscheto on the left hand side of the facade. It is constructed of white Carrara marble, which incorporates coloured sandstone, glass and majolica plates. There knots, flowers and animals in the inlaid marble. The four tiers of loggias include statues of Matthew, Mark, Luke and John on each corner, and the Madonna and Child at the top. 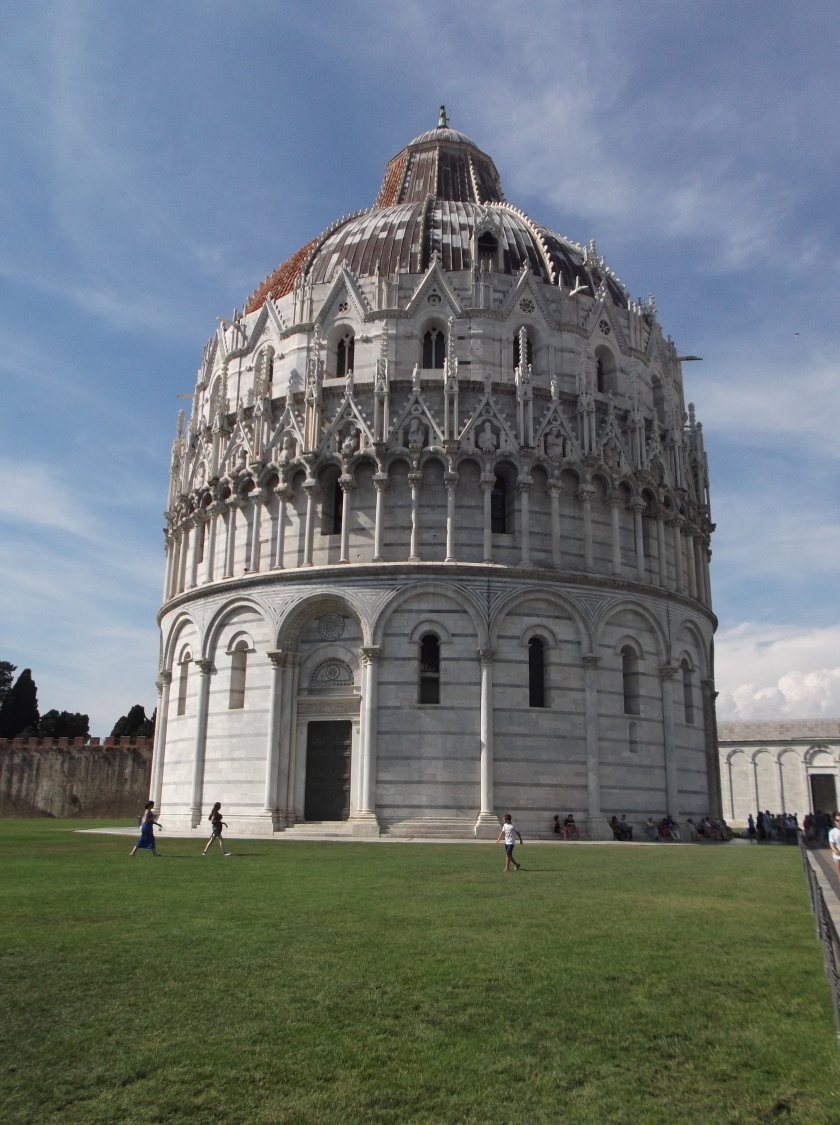 “…the Baptistry of San Giovanni, built of pure white marble and cover’d with so artificial a cupola the voice uttered under it seemed to break out of a cloud.”

The Battistero di San Giovanni was designed by the architect Diotisalvi as a cylindrical building, instead of the usual octagonal design. The construction of the first level started in 1152 of white Carrara marble in the Romanesque style. After his death the design was changed by Niccola Pisano, who together with his son Giovanni, built the Gothic middle loggia level. The cupola roof was added in 1365 to complete the building. This domed roof covered the coned shaped upper section creating an amazing acoustic space.

“a horrible but an astonishing object”

All the buildings lean to some extent as a result of the soft, pliable stratum of clay and sand; and their lack of substantial foundations. But the Campanile has become famous for it’s very noticeable lean. This region of Italy is vulnerable to earthquakes, and the fact that they have been built on this unstable surface has absorbed the vibrations and insured their survival. 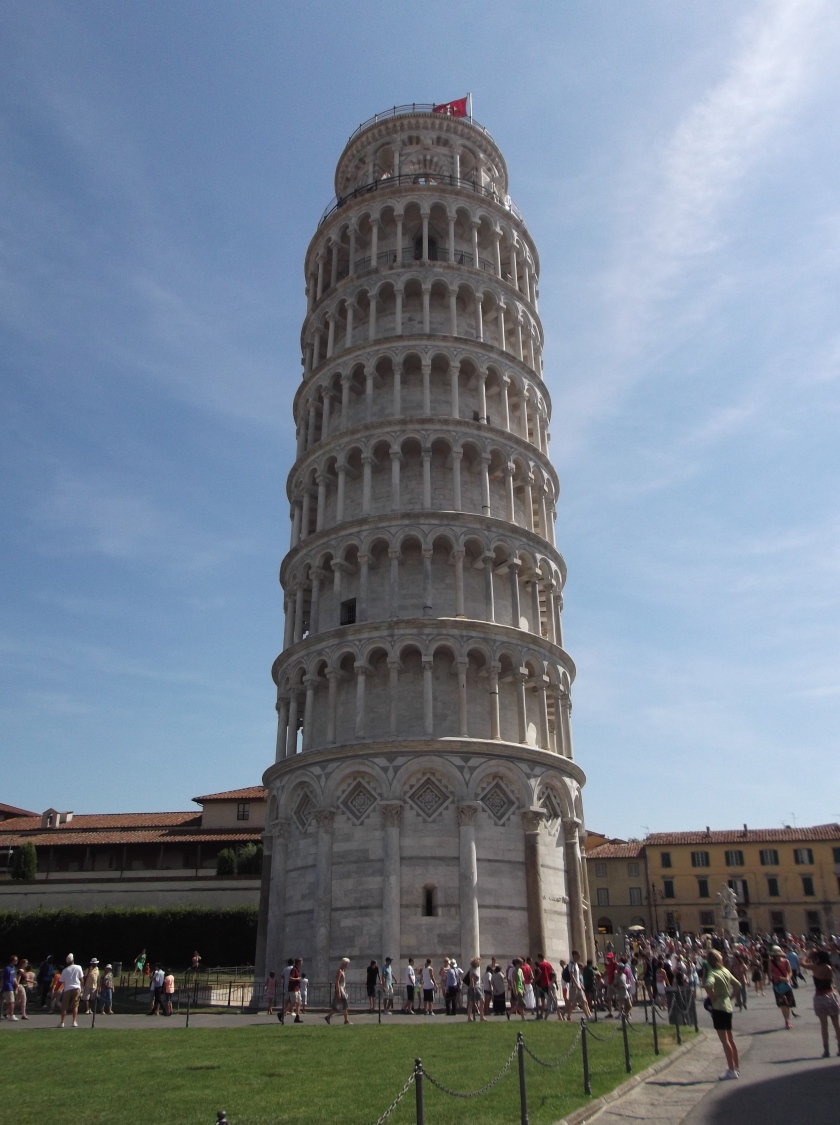 Construction of the Romanesque style Campanile was started in 1173, it’s architect is not recorded but it is believed that the first phase is the work of Bonanno Pisano. After his death he was buried at the base of the Campanile. This first phase was halted in 1178 when they reached the 4th gallery and the tower had started to lean. The construction of the second phase resumed in 1272, and is attributed to Giovanni di Simone who tried to correct the lean, by building the stories taller on the shorter side to compensate. Unfortunately the extra weight caused the tower to sink further into the ground and increase the lean. This phase was completed in 1278. 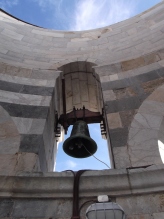 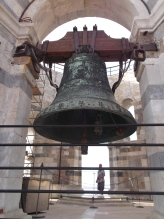 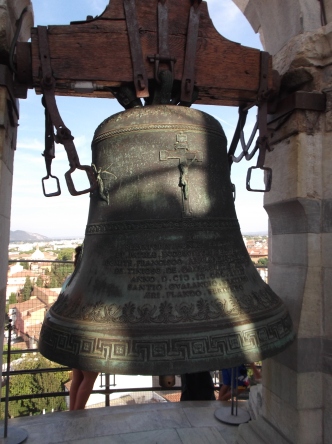 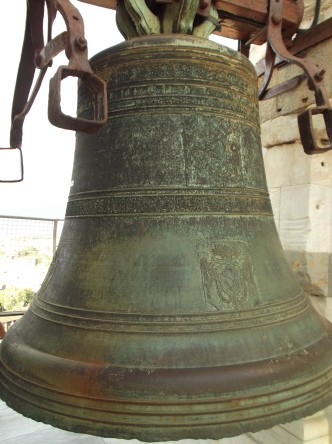 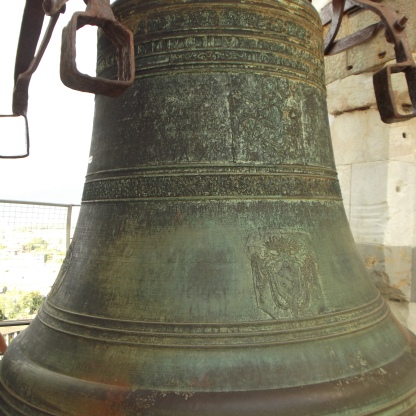 The bell chamber and final phase was started in 1360 by Tommaso Andrea Pisano, it is smaller in diameter than the rest of the tower and houses seven large bells. This phase was completed in 1399 and four original columns had to be replaced due to the lean. In 1993 the bells were silenced because experts were concerned the vibration could affect work to stop it from collapsing.

The tower was built of San Giuliano marble which has been gradually replaced with white Carrara marble. Only 33 of the original pillars of the open galleries remain, these are on the north-eastern side. The tower was 60 meters tall but now it is 56.67m on the highest side and 55.86m on the shortest side.

Previous work over the centuries to correct or stabilise the lean had all been unsuccessful. In 1990 the tower was closed to the public and work started in 1993 to safeguard the tower, which had a 5.4 meter lean. By 2008 it had been stabilised and the lean reduced by 0.5 degrees. By 2011 restoration to the interior and exterior stonework was completed.

There are 251 very worn steps to the top

During World War 2 my father was called up in 1940 and joined the Essex Regiment. He served in Egypt, Iran and Iraq before being assigned to 17 Brigade Indian Army Ordinance Corp. Because my father spoke Hindi he was transferred in April 1943 to the 8th Indian Division with officer status. The Division was based in Damascus training in mountainous warfare ready for the invasion of Italy. In September they landed in Tarranto Italy fighting their way up to Monte Cassino, Assisi, Rome and Florence and in the New Year of 1945 they rested in Pisa. My father often talked about sleeping in tents beneath the Leaning Tower of Pisa.